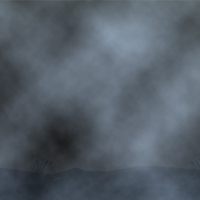 Description: Once upon a time, it is said that wranglers would travel to Sans Culpra to experience the serene island and to catch some of the best fish in the world. The island was situated on the largest fault line Farovia, and according to myth, experienced a 8.7 magnitude earthquake and collapsed approximately 1000 years ago. Today, wranglers with proper equipment can scuba fish and explore the mysterious underwater ruins of Sans Culpra.

Unlocking the secrets of scuba fishing is not as simple as travelling to a new location. Wranglers must earn the privilege of this new type of fishing by completing the Sans Culpra Quest.

Fishing at Sans Culpra without toggling into scuba mode limits wranglers in catching a selection of low-scoring fish including Minys, Cattys and Cubeys. However, if the wrangler is in Scuba mode, then a wide range of high-scoring fish are on offer. Aside from a few common (and not so common) fish from Blue Crescent, most will be new varieties of fish to wranglers.

Wranglers should not be surprised to learn that the Vampire Fish does make an appearance in Sans Culpra, but being of small build, this fish can only occupy the surface of this area and cannot be found while scuba fishing.

Note that although weaker fish such as Minys, Cattys and Cubeys exist on the surface, these fish are much stronger than their WaterPort and Fishertonville cousins and as such the weaker poles will be susceptible to damage while surface fishing here. The costs of such pole damage can be found here. It should also be noted that Attractants and Repellents (e.g. Boo Juice) do not work on the surface of Sans Culpra.

Full descriptions of each Sans Culpra fish can be found in The Fish of Sans Culpra.

Unlike the other locations, there is no port at Sans Culpra and hence no store. Being quick to realise that Cap'n Jozek's stores do not cater for scuba fishing, Earl runs his own supply store out of his house in WaterPort which stock includes specialised scuba diving gear such as underwater Spear Guns, authentic Scuba Diving certificates, as well as refills for diving tanks.

Note that Earl also sells other resources from his house, such as the Rocket Booster upgrade for the Mini Cruiser (and its very expensive fuel) and a GPS for unlocking distant locations.

Wranglers need to be appropriately-equipped in order to scuba fish. Keep an eye on your oxygen tank levels. If you try to dive with no oxygen left in your tank, you will have to be rescued, which will come at a cost. (Around 1000 gold each time.) The percentage of your oxygen tank remaining is shown in the top bar. Clicking on the number will show you how many trips that equates to. In addition, note that although the Mini Cruiser is required in order to travel to Sans Culpra, diving at Sans Culpra does not use fuel, unlike fishing at other locations.

Without the Scuba Fishing License, it is only possible to legally dive 30 times per Farovian day. Be warned, the Farovian Coast Guard are on the lookout for illegal diving activity and they may appear should you dive more than this daily limit.

Crew Trips and deckhand checks are disabled if you are scuba fishing without the Scuba Fishing License. Since each user is legally allowed to scuba cast 30 times a day, crew fishing would result in wranglers going on additional trips, which could result in unwanted penalties.

Crew fishing is enabled once you receive your scuba license because you are then free from diving limits. You will only take friends who also have their scuba license. In addition, you will only go on lucrative scuba Night Fishing trips once you have the license. If you are part of a Night Fishing trip that leaves from Sans Culpra and you don't have the license, you will be restricted to surface fishing. (Which only allows you to catch small Miny Fish and Catty Fish etc..)

Note that it is possible to activate Scuba mode while traveling to Sans Culpra. Doing it as soon as you initiate travel to this location will ensure that any Crew Trips that happen as soon as you arrive and hence avoid the low-scoring surface fish (which more often than not will yield less gold per catch than the cost of a piece of Fish Guts chum!). Traveling to Sans Culpra will auto-enable scuba fishing by default if you have the Spear Gun, as of July '17 per user feedback.

Warning: If you are in scuba-mode and travel to a different island (say, WaterPort, to refill your oxygen tank), you will not be in scuba-mode when you return. As you can't dive in any island other than Sans Culpra, leaving this location automatically changes you to surface fishing. If you return to Sans Culpra thinking you are in scuba-mode because you still have your spear activated, you will be disappointed with your next catch (and even more so if you are traveling to your Night Fishing location). Always make sure it says Scuba Fish Now and not Fish Now when in Sans Culpra.

As some of the fish that inhabit the depths of Sans Culpra also reside at Blue Crescent, it is no surprise that Fish Guts Chum works well here. Loaf Chum is another chum that works well here (as it does everywhere), especially if you happen to run out of Fish Guts and do not fancy a trip back to Blue Crescent to stock up on more.

To overcome the lack of Crew Trips while you don't have the Scuba Fishing License, many wranglers 'pop' over to nearby Blue Crescent every 30 minutes to ensure they get a Crew Trip in before heading back to Sans Culpra within the 15 minute window (which also has the added benefit of leveling up your Mini Cruiser).

The Scuba Fishing License comes in at a substantial 400,000 gold pieces and as such many wranglers are tempted to opt for the cheaper Pneumatic Spear first.

There was a certain logic to this - if your crew had not reached Sans Culpra yet, meaning you were not missing out on Crew Trips there, your Night Fishing team were still fishing from a different location, and you only fished 15 trips a day anyway, you wouldn't be maximising the benefits of the license.

However, since the rules around Crew Trips changed (as of April 16th 2009) and you are not restricted to crew trips from crew members in the same location as yourself, it is a no-brainer that the License should be the first and foremost purchase made so that you can start to receive crew trips from your crew members even though they may not have reached Sans Culpra yet.

In addition to the benefits stated, the license also unlocks additional fish to catch - see the Pole/Skill matrix for more details.

Unqualified divers are only allowed to dive 30 times a day. Your current dive number of the day is stated on each dive. As the license has a minimum requirement of 200 dives, your total number of dives made so far is also stated on each dive. Using Red Love Chum will increment this total by 3 each time, enabling you to reach this target quicker. If this second figure is not stated on each dive, then you have attained your dive target of 200.

The Pneumatic Spear can be purchased once the standard Spear Gun has reached a level of 10. A level 10 Spear Gun is converted to a level 5 Pneumatic. If the Spear Gun has been leveled beyond level 10 at the time of the upgrade, the additional levels will be pro-rated to their equivalent on the Pneumatic (each pole levels at different rates, so an additional 5 levels on a Spear Gun does not equal 5 levels on a Pneumatic - for more information on the leveling rate of the two poles, see Pole Leveling). The upgrade converts the casts that were made on the Spear Gun beyond reaching level 10 into what that number of casts equals on the Pneumatic. This equates to a rate of approximately 3 Spear Gun levels to 1 Pneumatic Spear Gun level.

As the upgrade process is based on the number of casts made, there is no difference to the total number of casts needed to max out your pole if the upgrade is purchased sooner vs. later. There are other factors that may influence that decision however.

High level poles have a better catch rate than low level poles. As such, going from a level 10 to a level 5 - albeit on a stronger pole - will therefore revert back to a pole that will miss a fair proportion of casts until it reaches a sufficiently high level. Whilst poles still level whether a fish is caught or not, it can be disheartening to frequently miss - especially while the Pneumatic levels at a very slow rate. This point is negated of course if Red Love Chum is used.

In addition, the Pneumatic unlocks new fish and two in particular are the Sting Ray Fish (at level 12) and the Peccant Fish (at level 18). The equivalent Spear Gun levels to level 12 and 18 are levels 31 and 50 respectively. Upgrading the Spear Gun before these levels will allow those fish to steal your chum but your pole will not be leveled high enough to catch them, thereby exacerbating the argument above. Again, the use of Red Love Chum diminishes this point somewhat, as one of the benefits is to increase the pole by two levels, thus allowing these fish to be caught at Pneumatic levels 10 and 16 respectively.

Sans Culpra is the last destination so far discovered in Farovia. But its at this point wranglers have multiple paths to choose. On the one hand there is another land that exists far, far away and wranglers need to undertake a quest to prove their worthiness to be fishing in this far away land - the first port of call of which is known as Glacier Bay. Alternatively, wranglers who catch a Peccant Fish will unlock the way to Poseidons Ring, the first island in Geminisles.

Renowned chemist and philanthrofish Sigfried von Shleepskin has opened his new Underwater Shell Shop in Sans Culpra - which together with Exchange Point in Fishertonville make up his Resource Exchange emporium.

Retrieved from "https://fishwrangler.fandom.com/wiki/Sans_Culpra?oldid=35921"
Community content is available under CC-BY-SA unless otherwise noted.